It's The IRS Notices You Don't Get That Make The Difference!® 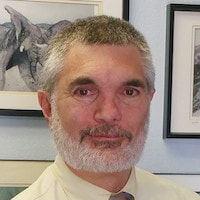 Unlike the levy, which involves intangible assets such as your bank account, a seizure is the taking of physical assets, such as your home or car. Seizures usually happen in aggravated cases when someone ignores many requests by the IRS over a long period of time to pay their outstanding taxes.

A seizure should not be taken lightly. The IRS will ultimately pursue seizure of your physical assets. Don't think they won't. Many a newspaper or television show has reported citizens being forced out of their homes after it was sold at an IRS auction, often for as little as half its value.

When the IRS seizes your assets they want to quickly sell them at auction. They often get less than half your assets value, so they often seize everything you own including your home, cars, boats, jewelry, motorcycles, insurance polices, and even your retirement funds.

We are your tax relief emergency room medics.  We rescue you from the IRS, solve your tax filing responsibilities and lower your taxes with tax planning programs designed specifically for you - - GUARANTEED!!

Copyright Scott M. Penn CPA, PC © 2020.
By using this site you agree to the Terms of Service.

This Web site is made available as a service to our clients and others for informational purposes only. These materials and information should not be considered as, or a substitute for, accounting, tax or financial advice. While it is hoped the materials provided here are helpful as background material, it is not warranted either expressly or implied as accurate or complete. You should refrain in taking any action based upon the information provided here until you have received proper counsel.

In addition, you understand that any links to any other web site or services does not constitute endorsement of or warranty of any service, product or information provided on their site(s). These links are provided for convenience only.

While our intent is to make transmissions to and from this web site secure, it is understood that no warranty of security can be made and that unforeseen security breaches by "hackers" is a possibility, however slight.

Reproduction of part or all of the contents on this site in any form is prohibited other than for individual use only and it may not be shared with any third party. All content on this site is copyright protected and/or trademarked as appropriate and may not be copied, duplicated or altered in any way...